Give the Benefit of the Doubt 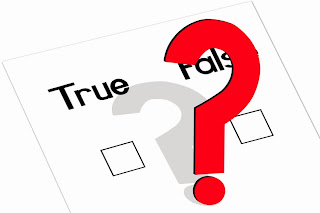 Do you know what it means to give the benefit of the doubt? A dictionary definition puts it like this: "Regard someone as innocent until proven otherwise; to lean toward a favorable view of someone." (dictionary.com) In other words, it means that we won't jump to conclusions. We'll wait to consider the whole matter before making hasty judgments. "He that answereth a matter before he heareth it, it is folly and shame unto him." (Proverbs 18:13)

Having a reputation for being a type of "Quick Draw McGraw" in handling matters is not a badge of honor; it's a mark of a lack temperance.

My Mom and I were almost the victims of road rage earlier this year, and it was all because a man jumped to conclusions rather than giving us the benefit of the doubt.

We were headed home from our Tuesday outing when I merged into the right lane not far from Mom's townhome complex. A man in a pickup truck was behind us, merging at the same time. He honked his horn, changed lanes, tore around us and merged in front of us."What's his deal?" I said to Mom as we watched this with wonder. I was ready to give this guy a ticket, but I'm not the State Patrol. Bummer.

This caused my Mom to repeat her conviction that too many drivers today are extremely impatient, making driving much more hazardous. We continued on our short drive, noticing that Mr. Truck was still in front of us, and driving more slowly now. He took a right turn at the stop sign.

By this point, I could see that Mr. Truck was watching us in his rearview mirror, so I said to Mom, "I'll bet he thinks we're tailing him." We both chuckled in that sort of "serves him right" tone, but then he took another right turn, into the same townhome complex where my Mom lives.

We took a right turn. After all, it was the main entryway leading to Mom's townhome. Now Mr. Truck slammed on his brakes, put the truck in park, jumped out and marched straight towards our car with a really unfriendly (meaner than a junkyard dog) look on his great big face. Did I mention that he was built like a truck?

At this point I figured that we could get hurt, but putting the car into reverse and screeching backwards out of the driveway didn't seem wise, either. These kinds of events require split-second processing, but I'm not that fast. So, my knee-jerk reaction was to call God. Yes. He was with us anyway, so I thought I may as well turn the matter over to Him.

I had a simple three-word urgent prayer: "Lord, help us." My God is bigger than Mr. Truck, and He could see the whole event like a movie, so while I was uncomfortable, I wasn't afraid. My Mom, on the other hand, well, she looked like she wanted me to run him over with the car. That was okay for the moment, because it was a rather intimidating glare that she was wearing on that normally tranquil face. As Mr. Truck approached (and I didn't see a gun), I rolled down my window and said with my biggest, baddest "I'm the Momma" voice:

"Sir, my Mom lives here. Is there a reason why you're blocking the driveway?"

This caused him to sputter and hesitate a moment. Obviously, it had never occurred to him that we weren't following him! He assumed that two women, one in her fifties and one in her seventies, were tailing him to do who knows what! Amazing how minds work...or don't work.

We "cut him off," so now what we were going to do? Tail him, rear-end his truck, jump out like Bonnie and Clementine (didn't have a Clyde in the car), and make a YouTube video of two women pounding on a great big gorilla of a man with our purses as weapons?

I know that some people are out of control these days, and I'm fully aware that taking two right turns behind the same person may have looked too coincidental (even if we were only two blocks from home), but maybe if this man had given us the benefit of the doubt in the first place, way back at the point where the lanes merged, he wouldn't be standing beside my car door now, looking for a fight. Mr. Truck jumped to two conclusions: That we meant to cut him off in the merge lane, and that we were following him now with bad intentions.

Do you jump to conclusions? It's a bad exercise.

A better habit is to give people the benefit of the doubt. "Innocent until proven guilty" is a wise policy. When we slow down in our interactions with others, we'll often find that what we thought was intentionally harmful was actually just accidental. This is true of most things that turn us inside out. Not everyone is "out to get us," but we can imagine that they are, which then boxes us into some really negative thinking.

The next time someone crosses you, instead of immediately assuming that they meant it for evil, pause and ask yourself this question: Is it possible that they did that or said that without thinking of how it would look or sound?

Did someone merge into your life's lane a little too close for comfort? The next time this happens, give them the benefit of the doubt. It's a much more peaceable way to live.

"The discretion of a man deferreth his anger; and it is his glory to pass over a transgression."
(Proverbs 19:11) 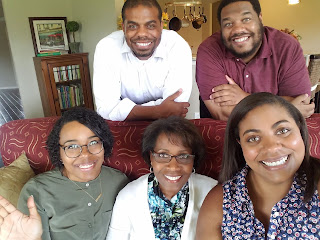