Why does the garage door malfunction ONLY when we're planning a big event? Or a trip? Or both? Blame it on Murphy's Law? Who was Murphy, anyway?

Edward Aloysius Murphy, Jr. (January 11, 1918 – July 17, 1990) was an American aerospace engineer who worked on safety-critical systems. He is best known for his namesake Murphy's law, which is said to state, "Anything that can go wrong will go wrong." (https://en.wikipedia.org/wiki/Edward_A._Murphy_Jr.)

Okay all right, so an aerospace engineer is to blame for the poor timing of everything?


I don't believe it.

But I do believe that God allows things to happen so that He can have His way.

The bright orange sticker on the wall in the garage (slapped unceremoniously over the bright yellow sticker on top of the silver sticker) listed the garage door company's phone number. Why do the repairmen paste their company labels on top of the others? Competition? Well then, why not just remove the other guy's sticker? Head shake.

The garage door repairman was not friendly. In fact, he greeted my smiling face with a blunt "So what's the problem with the door?" Ooh. Off to a rough start. "Abrupt" is a generous description, as his garage-side manners seriously needed work. It almost seemed like he was trying to pick a fight, but since we had only shared one sentence, I quickly brushed that thought aside, replacing it with a internal warning:

Taking my smile down a few watts, I said, "It's not working, and we think the parts that failed are still under warranty." His reply let me know that it was going to be a Tylenol morning:

"Well, you're not getting anything for free, so don't expect it. There will be a service charge."

I already had a headache. Now it was escalating, pounding with my accelerated pulse as I processed his poor business manners.

"Okaaaay, I'll just be inside here and you can let me know when you need me to pay that
service charge!" I tried to sound pleasant, but it came out sort of chilly. Gritted teeth chilly. About 30 loud, banging minutes later, there was a knock on the door. I opened it and immediately, the garage door repairman said, "It's the motor. I've fixed the drums and cables, but you'll have to get a new opener. I don't know what your husband did to this, but it's not our problem if he tried to fix it himself..."

How presumptuous of this man! Norman hadn't touched that garage door opener unit except to change lightbulbs! I stated this to the repairman, only to hear a mumbled, "Well, it's hanging open so I just assumed..."

I interrupted his assumption, no longer willing to accept this churlish behavior. "Sir, may I please speak with your supervisor? I'll wait inside while you call."

And then I went back in the house to tell God on this guy.

"Lord! Do you see this walking bag of attitude? (To which the Lord probably replied, "Which one?" but I was too irritated to hear.) What am I supposed to do, and how do I handle such a case? He's rude, he's gruff, he's insulting, he's insinuating, and he's..."

And that Still, Small Voice said, "And he's hurting."

I gasped, and then groaned as I realized how close I had come to adding to the untold pain of this stranger. At this point, one thing was completely clear: I didn't know what was going on in this man's life, but God sure did, and I needed to be careful.

Why are we so quick to return the "favor of misbehavior" while at the same time we despise being treated unkindly? I know at least one reason: We've forgotten to live the Word.

"Therefore all things whatsoever ye would that men should do to you, do ye even so to them: for this is the law and the prophets." (Matthew 7:12)

This verse, also known as "The Golden Rule," slips from our memory when we've been challenged by someone sporting what we presume to be an attitude problem. How often are we crabby when we're hurting? And how would we like to be treated when we're already in pain?

I went inside to my stash of Gospel tracts and found one that seemed to fit him: "Are You Going Somewhere?" it asked on the cover. The Bible verses inside were bound to be a source of encouragement and possibly even life-transforming. I added a generous tip, and waited to be called back to the garage. I wasn't concerned with the rude behavior anymore. I was going to look this man in the eye and double-dunk him in kindness.

The repairman knocked on the door and handed me his cellphone. I wonder if he was worried that I was about to report him. The supervisor agreed to refund half our money, along with erasing the service charge. I handed the cellphone back to the repairman, along with the tip and tract. "Here's something for your break time, and an invitation to visit our church, where we have lots of homeowners with aging garage doors." The repairman looked completely surprised as he accepted the tract and tip. He then told me that he and his wife attend a local church nearby, but he accepted the invitation and thanked me.

This was a salt-moment: "Ye are the salt of the earth: but if the salt have lost his savor, wherewith shall it be salted? It is thenceforth good for nothing, but to be cast out, and to be trodden under foot of men." (Matthew 5:13) I almost missed it, and instead of remembering to be "salt of the earth," I was about to be merely "salty." So much to learn about being Christ-like.


Beware of encounters with "crabby people." They may be wounded souls in disguise.

"Let your light so shine before men, that they may see your good works, and glorify your Father which is in heaven." (Matthew 5:16) 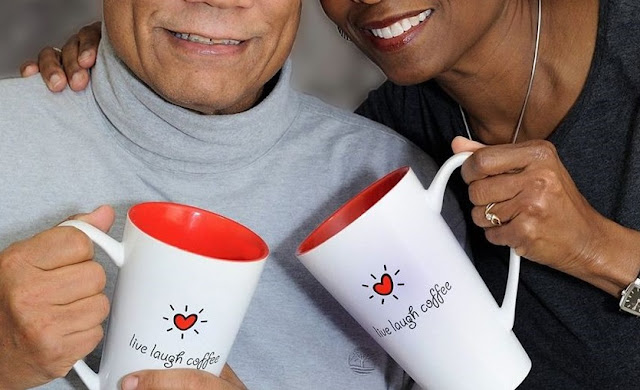